Blueberry consumption in the US is at an all-time high of 1,79 pounds per person, which means an increase of more than 300% since 2005. Local producers are not able to cover these figures, so they restrict imports of Blueberries would only seriously affect American consumers themselves. 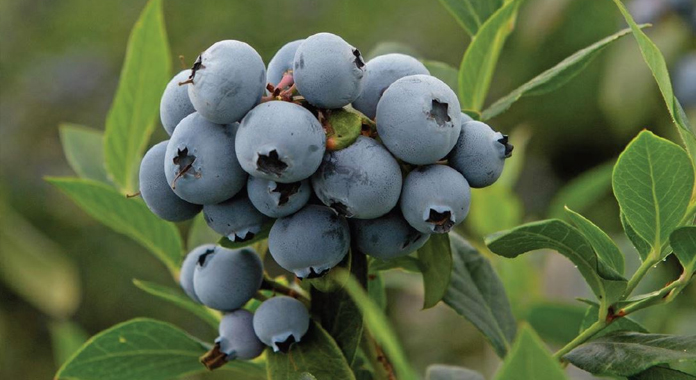 The global blueberry industry is facing for the first time an international demand, in the context of the World Trade Organization (WTO), for a safeguard to be established on imports from the main blueberry market, arguing that they have caused damage serious to local producers.

The management was carried out through the United States Trade Representative (USTR), which on September 29, 2020 submitted its Section 201 application on fresh, chilled and frozen blueberries to the International Trade Center. (ITC, for its acronym in English) to carry out an investigation and settle the petition filed.

Clearly, the management has more of a threat characteristic than a legitimate legal recourse adjusted to international trade agreements, since it lacks the objective foundations necessary for a neutral international organization, such as the ITC, which depends on both the WTO and the United Nations. , may rule in favor of the US and advise a safeguard on imports of blueberries to that country.

There are many arguments that would allow to maintain that this request does not prosper, but we list only a few:

During the negotiations of the Agreement between Mexico, the United States and Canada (T-MEC), some producers in the United States requested a provision that would allow them to present cases of anti-dumping and countervailing duties (AD / CVD) operations against Mexico, but the provision was not included in the T-MEC, mainly due to possible retaliation by both Mexico and Canada against agricultural exports from US producers. However, in return, the Trump administration promised those producers that it would take measures to address their demands, which was specified during the last electoral campaign, developing the USTR report that indicated the request for global safeguard action 201 on the blueberry imports.

If we analyze it in a political context, on February 11, in the Joseph Biden administration, the ITC ruling will be issued that will decide on the USTR's request. If the ruling is favorable to the petition, before March 29 it must recommend to the President that he take safeguard measures on the importation of blueberries, a decision that the President may accept or reject, with a deadline for this being May 27.

In a very simple look, even if the USTR request is successful at the ITC, it is very likely that the new US administration, oblivious to the claim and more prone to international free trade, will not wait until May 27 to make a decision and definitely not implement any measure that damages good trade relations with neighboring countries or with the rest of the Latin American countries.

The WTO Agreement on Safeguards establishes the rules for the application of safeguard measures in accordance with Article XIX of the GATT 1994. Specifically, safeguard measures are defined as “those emergency measures with respect to the increase in imports of certain products that have caused or threaten to cause serious harm to the domestic industry of the importing member ”(WTO, 2017).

In an economic analysis of competitive dynamics in the US fresh blueberry market, dated December 29, 2020, by Thomas J. Prusa, published by the recently formed Blueberry Coalition for Progress and Health, the Blueberry Industry Review The US showed that it is not suffering “serious harm” and that increased domestic competition was the main cause of price changes during the period.

The data is quite clear, according to the study, the American blueberry industry has grown during the period it claims and will continue to grow in the future. Between 2015 and 2019, the national production of fresh fruit has increased by 21%, that of frozen by 20%, the planted area has increased by 15%, the harvested area by 18%, and more than 15,000 acres are currently under development, which equates to a 16% increase in acres to be harvested in one to two years.

In the first place, the study shows that the increase in imports was not an “unforeseen” phenomenon, but that they have increased gradually in the last five years, but their impact is mitigated:

US consumption of blueberries is at an all-time high of 1,79 pounds per person, which means a more than 300% increase in demand per capita since 2005. Local growers are not able to cover these figures, so restricting blueberry imports to the US market would only seriously affect US consumers themselves.

There are many more arguments to sustain that this threat will possibly not prosper, for political reasons, legal reasons of international trade, and objective arguments easy to verify, so that this episode, as of February 11, may only become a bad souvenir for the global blueberry industry.

'It's not fun': South African farmers juggle with...

Victoria Fernández explains one of the greatest enigmas of surfaces...