Russia: The "roadmap" for the development of the fruit and berry industry was approved

The document aims to remove the barriers that prevent Russia from achieving self-sufficiency in fruits and berries. 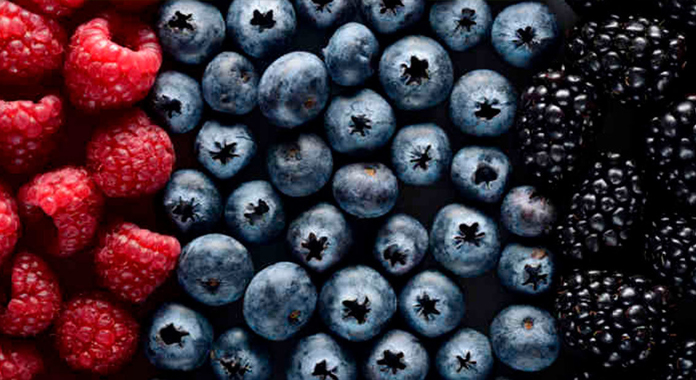 Deputy Prime Minister Viktoria Abramchenko approved a roadmap for the accelerated development of the production of fruit and berry products in Russia until 2023, according to the Cabinet website. The document aims to remove serious barriers that prevent Russia from achieving self-sufficiency in fruits and berries. Abramchenko noted that "we have all the possibilities for this: climate zones, technologies, investors and a large domestic market."

The deputy prime minister also recalled that with the threshold value for fruits and berries set in the Doctrine of at least 60%, Russia's self-sufficiency was estimated at 38,7% last year. With a rational consumption rate of fruits and berries of 100 kg per year per capita per year, this figure has remained at the level of 60-63 kg for the past five years. In addition, there is a shortage of high-performance resources, modern and technologically advanced fruit storage facilities, equipment, packaging and sorting lines, which allow to preserve the harvest and ensure the supply of safe and high-quality Russian products, says the message.

According to Abramchenko, to solve these problems and increase the level of self-sufficiency in fruits and berries, it is necessary to comprehensively address the formation of the entire Russian fruit and berry sector. This, in the first place, requires the improvement of existing measures to support the state infrastructure and the development of mechanisms for the sale of products. The 'roadmap', in particular, involves the introduction of intensive production technologies, equipping the sector with modern technology and equipment, as well as stimulating the production and sale of high-yield planting material and ensuring access for products to foreign markets. Likewise, as one of the measures to support the sector, the exclusion of apples, pears, quinces and plums from the list of goods that developing countries can supply to the EAEU with tariff preferences is considered. Department of agriculture and industry associations should resolve this issue by the end of the second quarter of 2021.

In order to obtain high-quality own planting material, it is planned to develop a nursery and horticulture development sub-program within the framework of the FNTP for the development of agriculture 2017-2025. It is also planned to establish increasing subsidy coefficients when placing berry plantations. Previously, Kommersant, referring to a copy of the minutes after the meeting of the working group on gardening and nursery development, reported that the Department of agriculture is considering the possibility of discontinuing subsidizing the establishment of orchards that use imported plant material. However, for example, the Fruit and Vegetable Union believes that supporting the establishment of orchards with only national planting material, which is not enough now, or the establishment of increasing factors for those using national seedlings, may have negative consequences for the industry. In particular, this may threaten an increase in the prices of Russian planting material, a drop in its quality due to a decrease in competition and, as a result, a slowdown in the pace of planting new orchards.

Igor Mukhanin, president of the Association of Russian Gardeners, told Agroinvestor That initially the Ministry of Agriculture was sent three proposals for the development of the industry: to deprive state support for gardeners who use imported seedlings, not to import apples from September to December, and to increase subsidies for the construction of refrigerators. The first measure is necessary to completely switch to domestic material and "not to sponsor foreign suppliers", because in a year Russia will be able to create all the conditions to fully equip the market with local planting materials. According to Mukhanin, now domestic products in this industry account for 60-65%. “Last year 4 billion rubles. went to the eastern countries. And our growers could have this money. We would buy between 300 and 400 thousand seedlings, new equipment, agricultural chemistry and we would expand the nurseries ”, he lists.

According to Mukhanin, it is necessary to stop importing apples from September to December because during this period the Russian apple market is oversaturated and the additional importation from abroad only creates problems with the storage and sale of Russian products, and the quality of our apples does not it is in no way inferior to imported ones, he emphasizes. that. “We have between 70 and 80% of the gardeners who have little storage capacity. And they need to sell their apples from September to December, and then there are imported products, ”explains Mukhanin. And from January it is already possible to start importing apples, since during this period the competition with the large farms will begin ”.

It is also necessary to increase subsidies for the construction of refrigerators from the current 20% to at least 60-70%, Mukhanin believes and clarifies that in Eastern Europe 100% of the construction of refrigeration facilities is subsidized, and some other costs are they reimburse companies. At the same time, the cost of domestic and imported apples turns out to be the same, but they find it difficult to compete on price during the season.

Now gardeners face the government's task in five to six years to completely switch to the domestic apple, continues Mukhanin. According to him, this is quite a feasible task, given that the annual productivity in the industry is increasing by 150-200 thousand tons. “This year, however, the gross harvest will be 1 million, although 1,2 million tons should have been received: frosts affected during the flowering period in the south, where they lost about 40% of the fruits, he says. - Around 2 million tons of apples are consumed annually in the country. Thus, in just six years we will be able to achieve full self-sufficiency «. He adds that this applies not only to apples, but also to berries, as well as planting material.